The project comments on the construction of identities in contemporary society through a subject’s participation in three quite basic dimensions of life: the medical, the legal and the spatial

The identity of the surface of an individual constantly adjusts to the socially imposed formulas. The perception of the body image is subjective and can be the interaction of the established surface and the layers beneath, subcutaneously and subconsciously. The law, the state and generally all behaviors of social conventions emanate from thought. We construct and destruct with our thought process and our identity is formed and in turn forms our societal surrounding

The spatial contributes in constructing the identity of the subject in a rather devious manner as the apparatus used, the built environment, is seen as simply functional or neutral, rendered even practically invisible due to the routines and relationships it silently encourages. In the first stage of the design process regarding the identification of a central concept, it was decided to search for a common element or theme in the areas of expertise of the three collaborators. In the second stage, the challenge was to find a simple yet powerful medium through which to express the central concept. The use of three mirrors positioned in such a way so as to together contribute in a ‘layered’, threefold image/identity of the observing subject was selected because of the interactive element in the setup 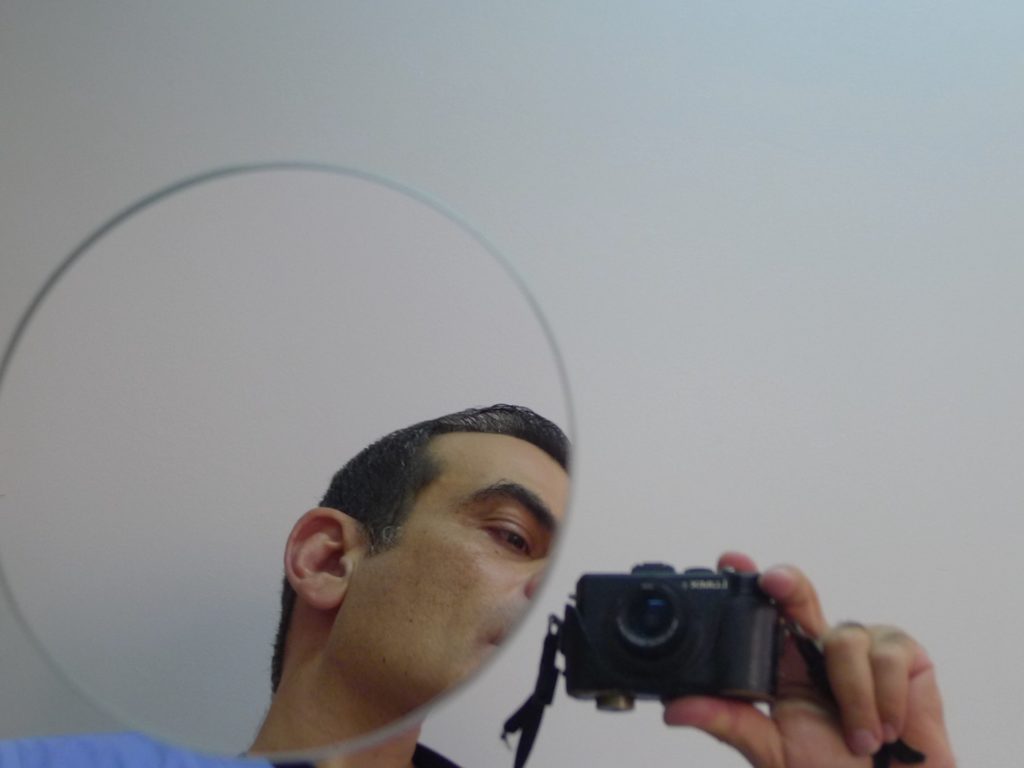 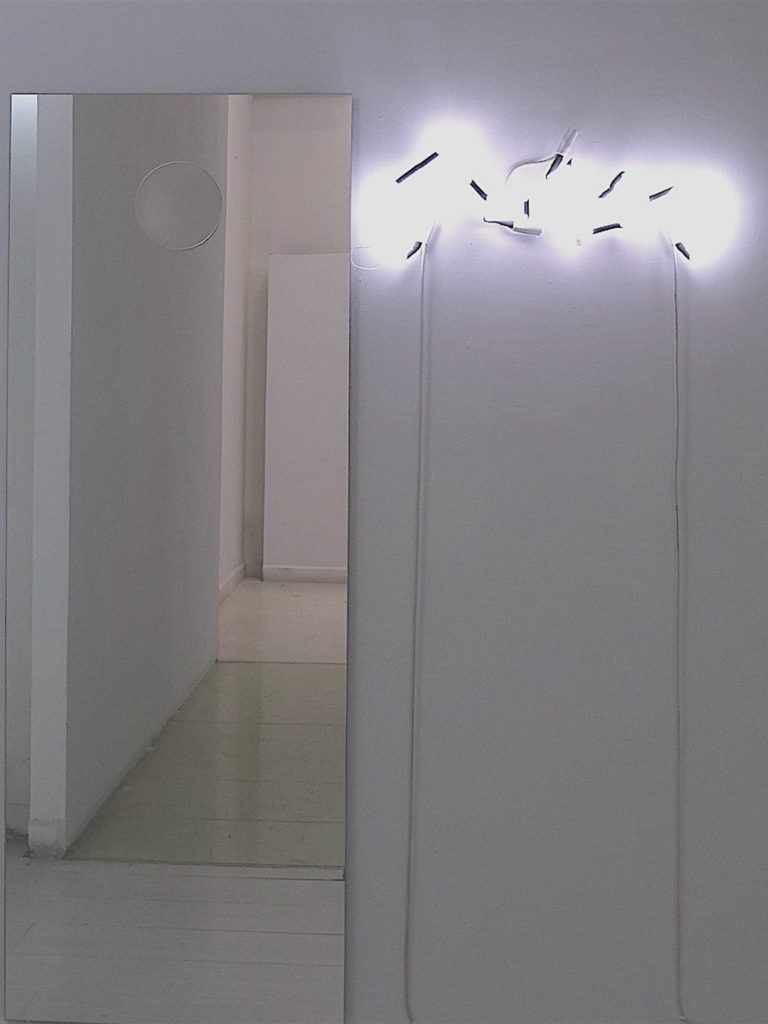